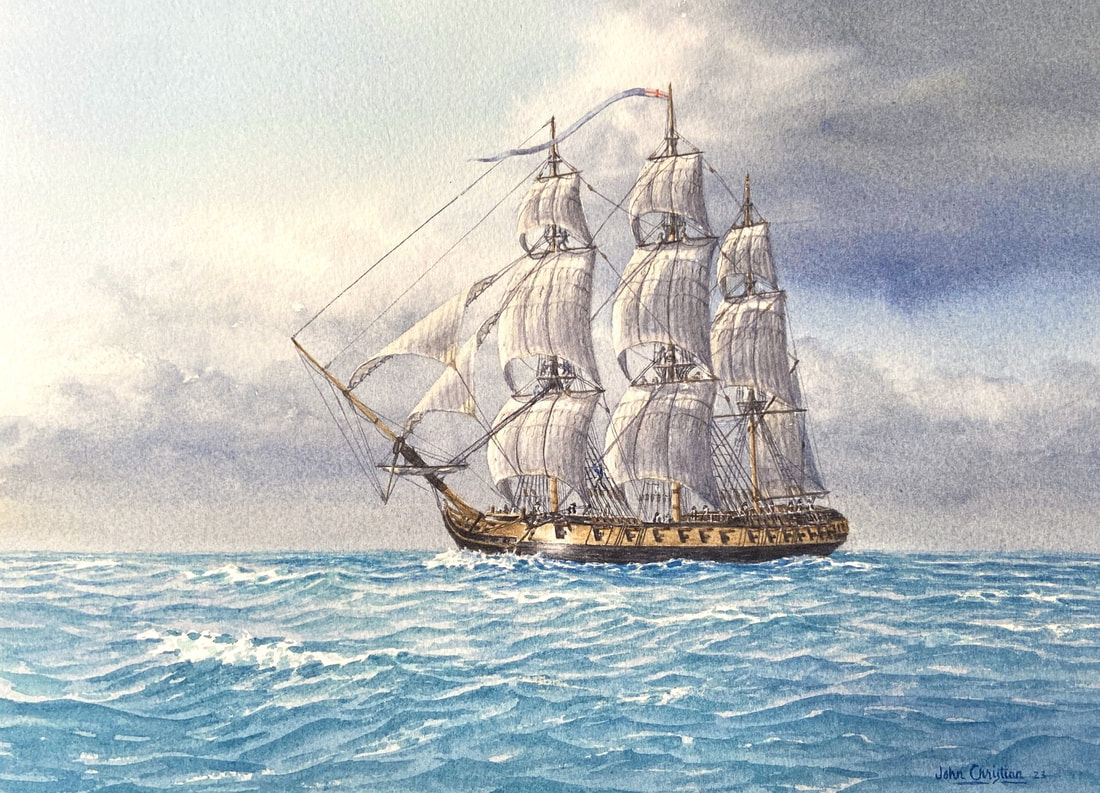 "HMS Thetis"
Watercolour 20" X 16"
HMS Thetis was a 38 gun, fifth rate frigate of the Royal Navy.  Built at Rotherhithe shipyard and launched in 1782 - Thetis was named after the Greek Goddess of water, a sea nymph and mother of Achilles, who she famously submerged in water to give him bodily protection, holding him by the heel of one leg she overlooked the protection would not apply to this part of his body – Achilles Heel.

1793 HMS Thetis was commanded by Captain Alexander Cochrane who gave his nephew, 17 year old Thomas Cochrane, his first naval position on board in October that year as midshipman, they put to sea from Medway on 27 November 1793 heading up the east coast to the Firth of Fourth and Thomas Cochrane's Naval training began.