Juno on a Mission 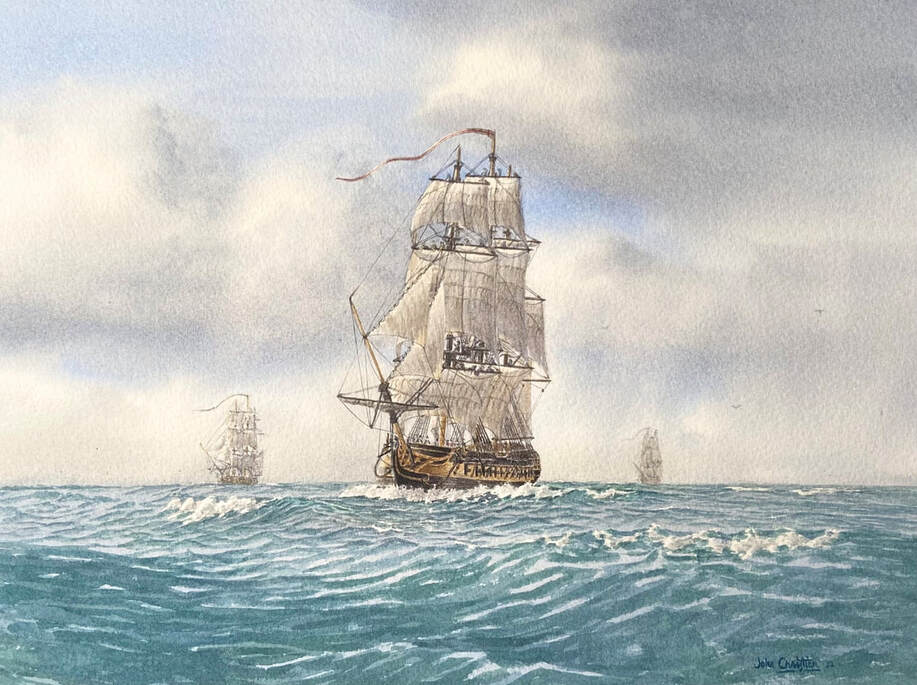 Painting inspired by:
1771 - HMS Juno, Captain John Stott, was sent to re-establish British flag after the first Falklands Crisis.
HMS Juno was accompanied by the Florida, a supply ship, and the sloop Hound. Sailing from Tenerife on 16 May, they made steady south-westerly progress,
completion of the Atlantic crossing was recorded by the log on 17 July.
On board HMS Juno was an adolescent boy who had joined his first ship (HMS Juno), as the purser's servant, a Cornish lad called Edward Pellew.
September 16: At noon the captain & a party of Marines went on shore and took possession of Port Egmont. The Marines after hoisting His Majesty's colours fired 3 volleys of small arms.