Apollo in the Channel 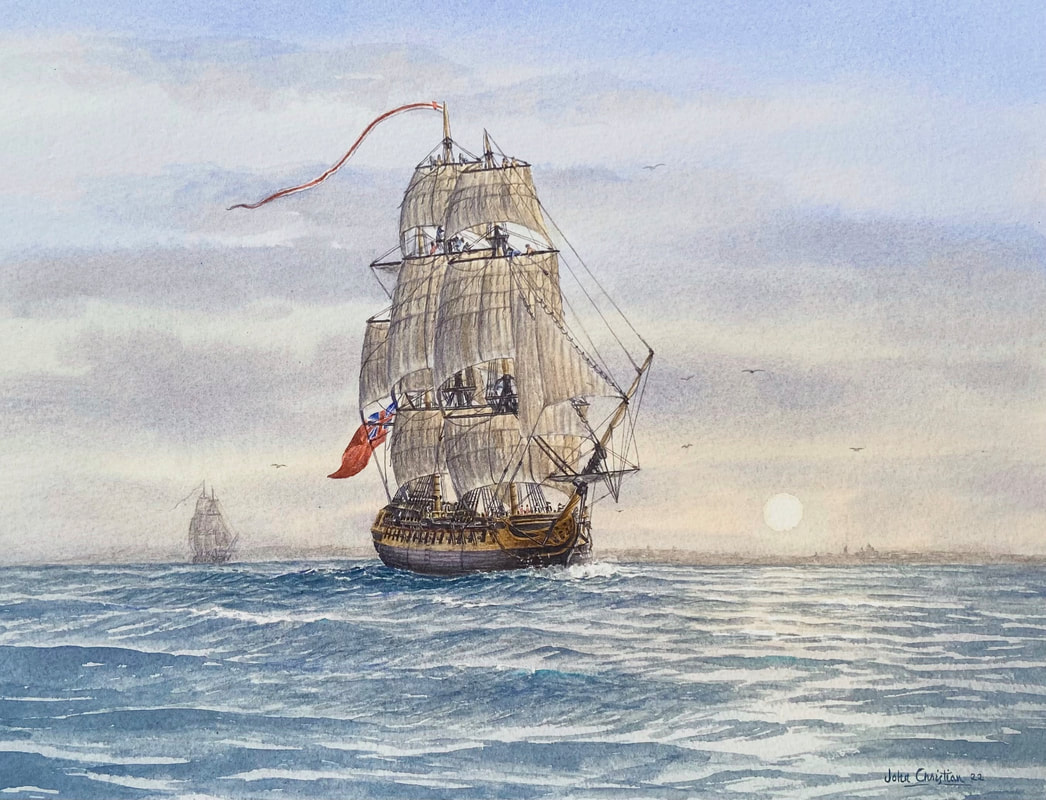 Apollo In the the Channel
completed 2 July 2022

HMS Apollo was built 1762 originally named HMS Glory a Niger Class 32 gun Frigate, she was re-named HMS Apollo in 1774 under her commander Captain Philemon Pownoll.
Inspired by a passage from “The Life and exploits of Britain’s Greatest Frigate Captain” (Sir Edward Pellew)
Captain Pownoll, in need of an officer, accordingly, requested that it should be one Lieutenant Pellew - at last for Pellew, service under a masterly captain in one of the finest frigates afloat. Pellew stepped on to Apollo’s quarterdeck in April 1780, a few days short of his twenty-third birthday.  It began as another day off the Dutch coast. Wind blew fresh from the west, flicking cream off the top of waves each time the sun came and went in the sky. Ostend lay some twelve miles to the south-west, clear enough on such a day for a church steeple to be visible from the Apollo’s quarterdeck. ​