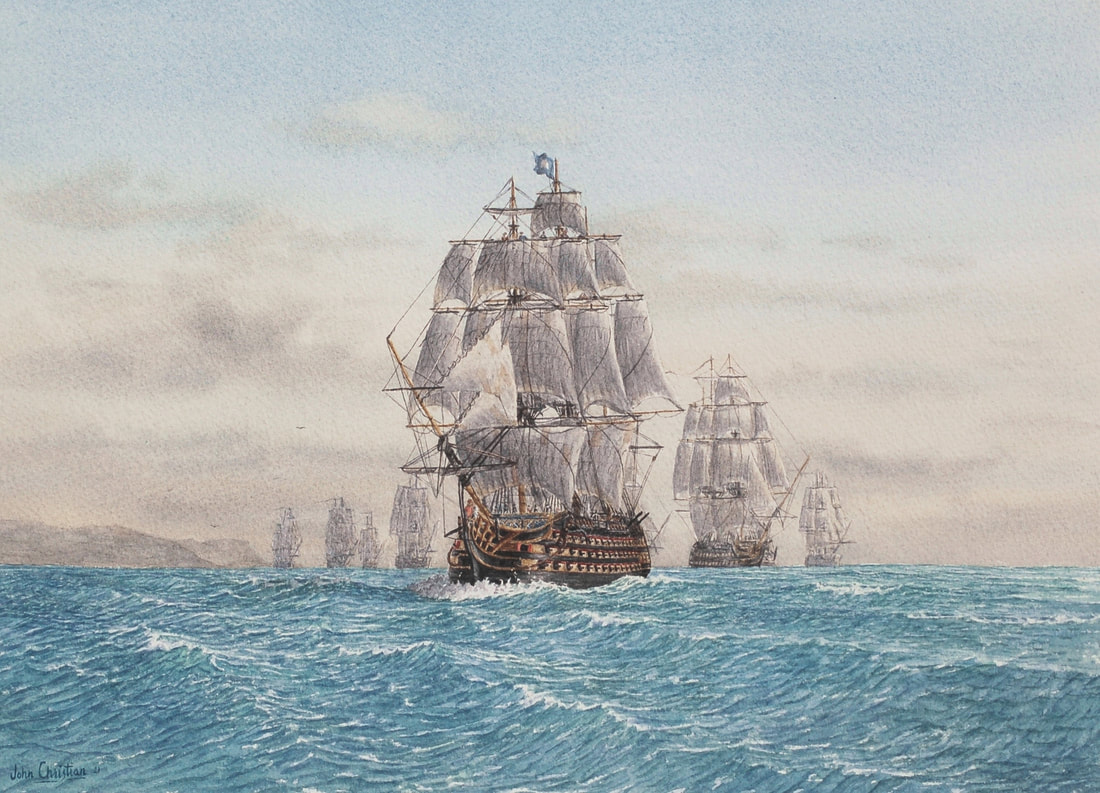 HMS Victory and squadron set off from Gibraltar on the great Atlantic Chase, 6th May 1805.
​
On April 19, 1805, after Admiral Villeneuve had left Toulon under darkness and headed West with a French fleet, Lord Nelson wrote; "I can neither eat, drink nor sleep, my good fortune seems flown away, I cannot get fair wind or even a side wind".

The French had been sighted heading West and Nelson was anxious to follow. On May 6th Nelson reached Gibraltar, on board HMS Victory, with great difficulty - " I believe easterly winds have left the Mediterranean, but now, before all the fleet had anchored every appearance of 'A Levanter Coming' ". Up went the Blue Peter, the Officers' linen which had gone ashore was abandoned, with the Straits before them "The Long Chase" to the West Indies began.

Nelson reckoned to gain 14 days and a few more while they were delayed in Martinique; so that he hoped to save Jamaica and the sugar fleets. But they were hampered by a lame duck, The Superb, Nelson’s favourite Captain Keats should have gone to England with HMS Superb for a re-fit but would not leave Nelson.