A selection of original water colours 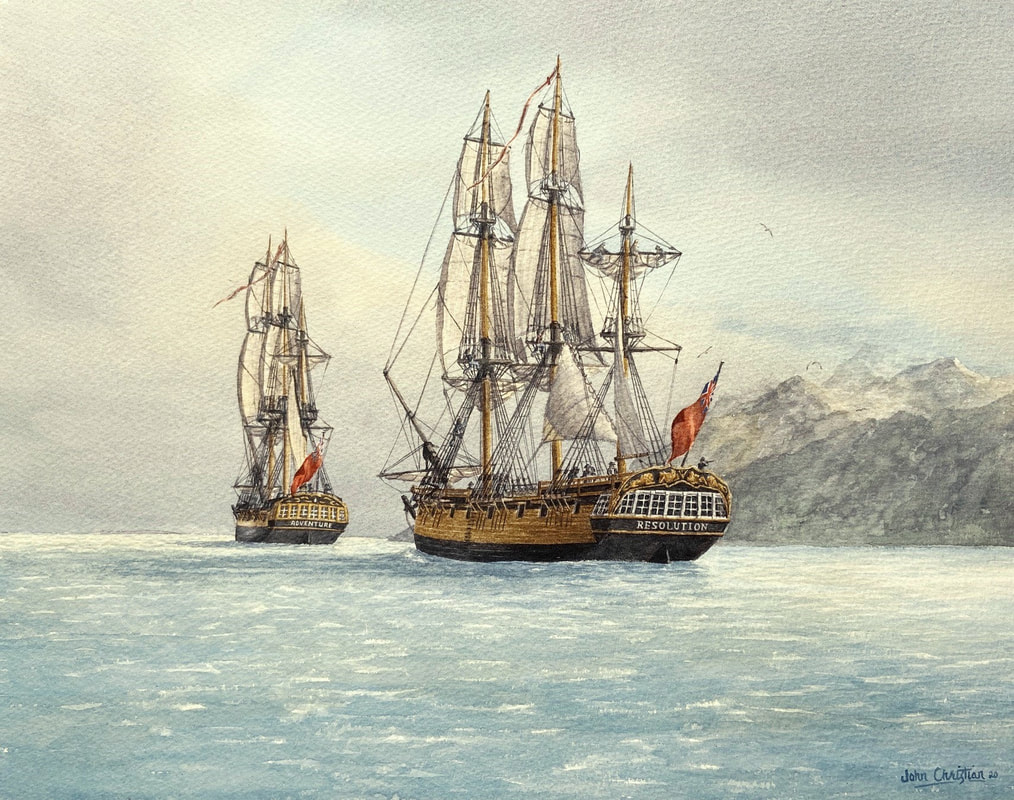 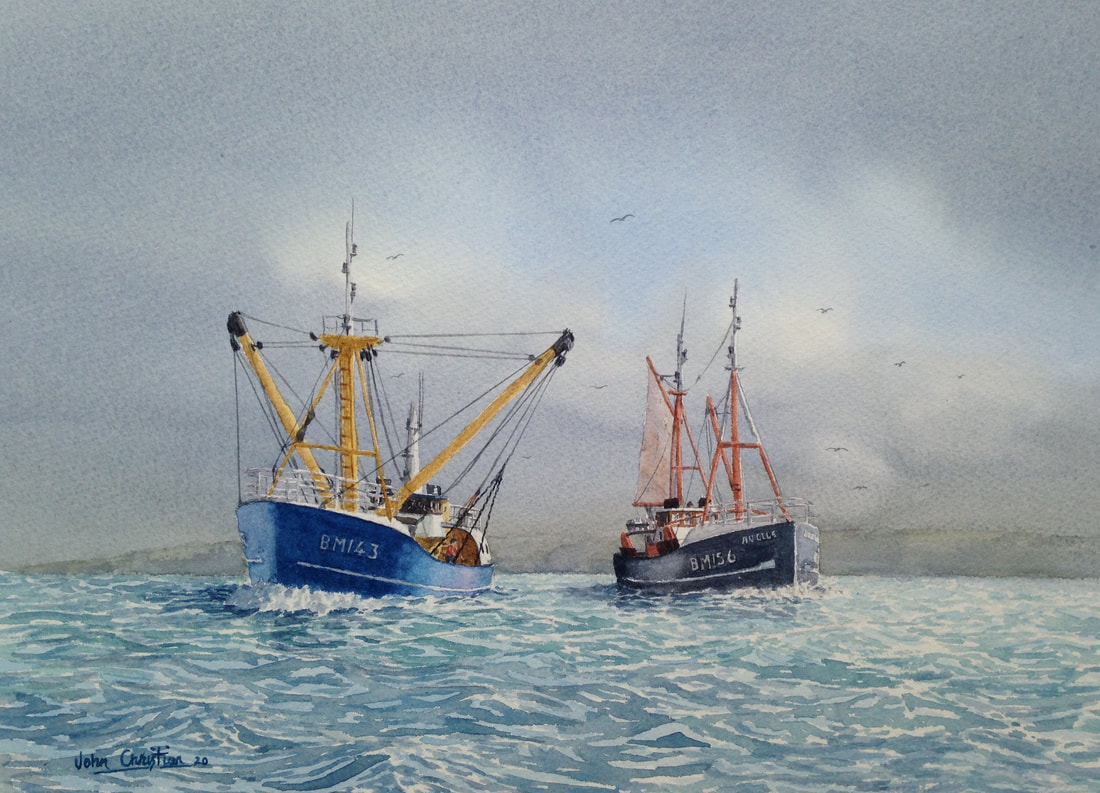 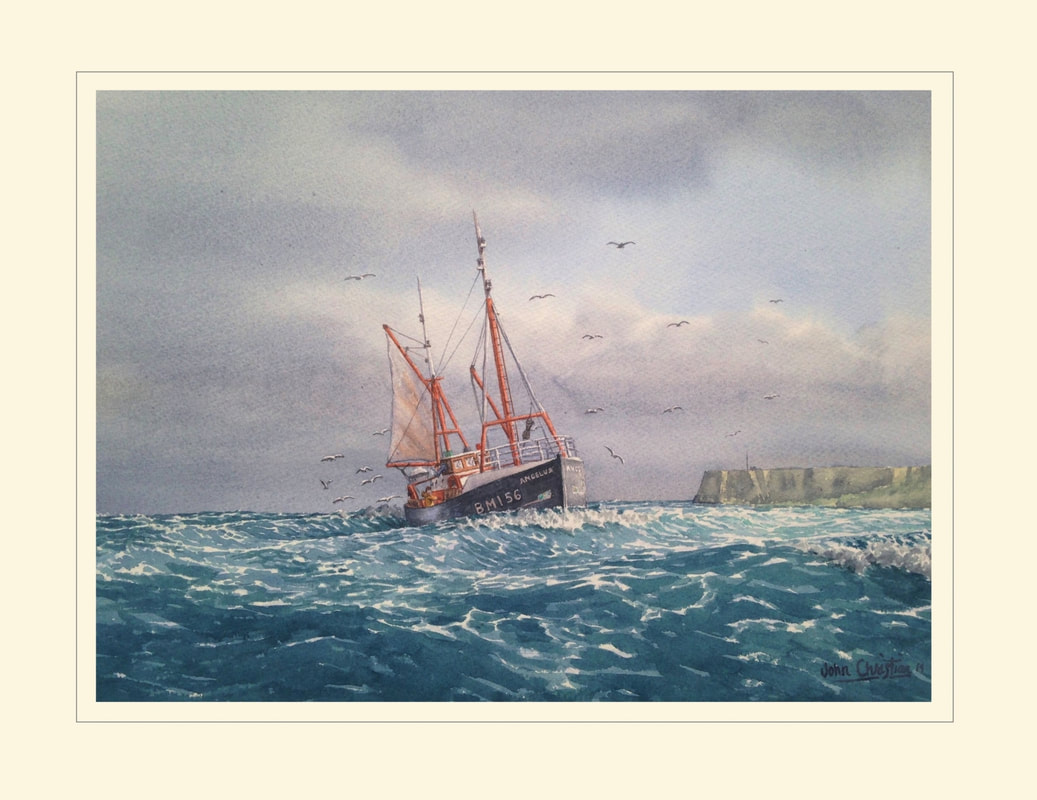 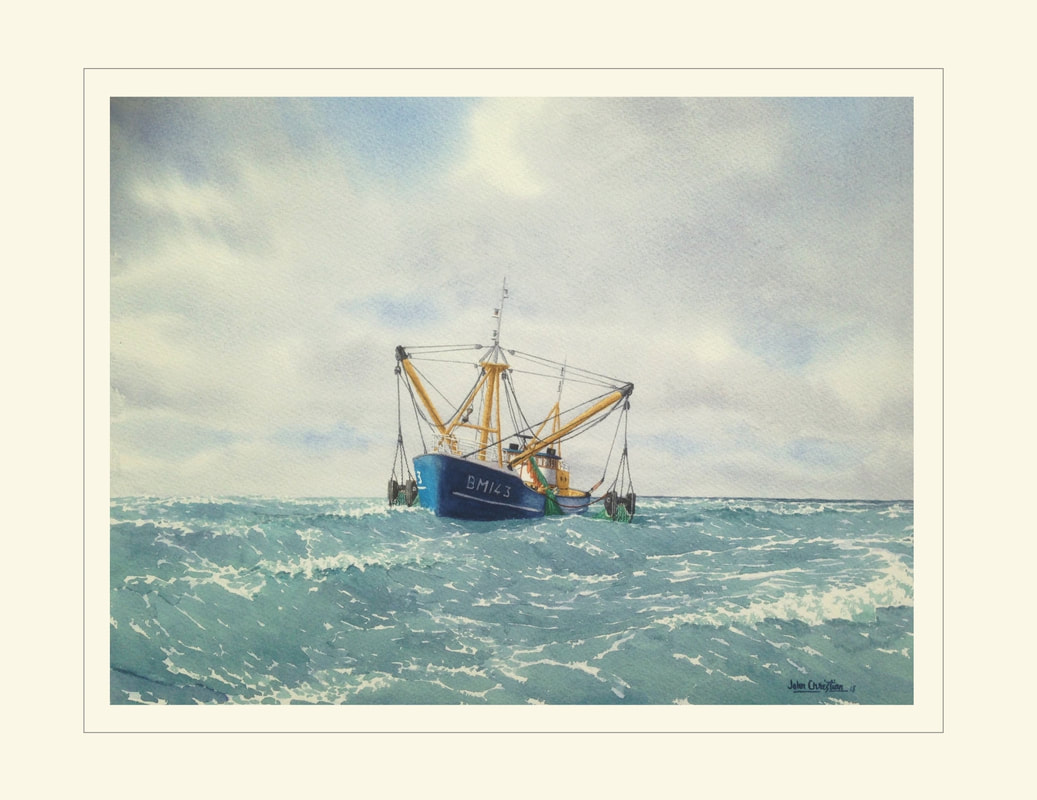 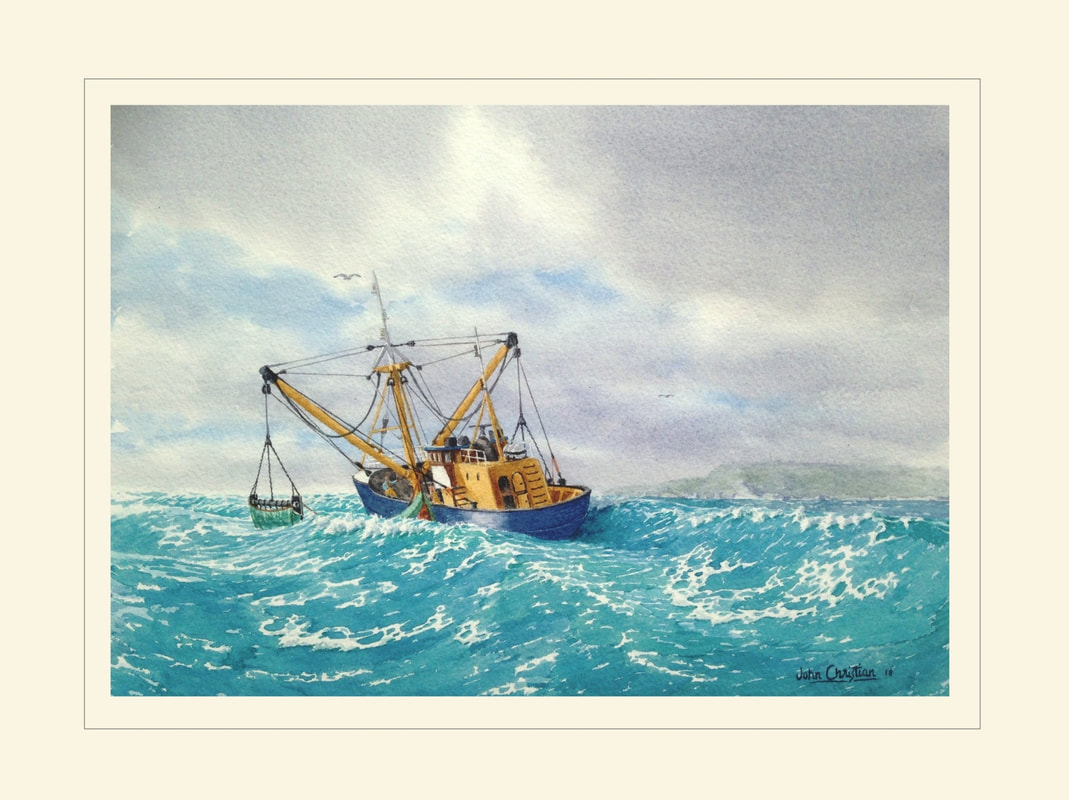 Deo Volente BM143 Stowing the Gear.  completed June 2 2018
​Stowing the gear is getting the trawl on board.  With beam trawlers, if not too rough, laying beam on the sea can assist, it's a matter of timing the drop with the roll.  Deo Volente was a beam trawler working out of Brixham here in the 1970's. 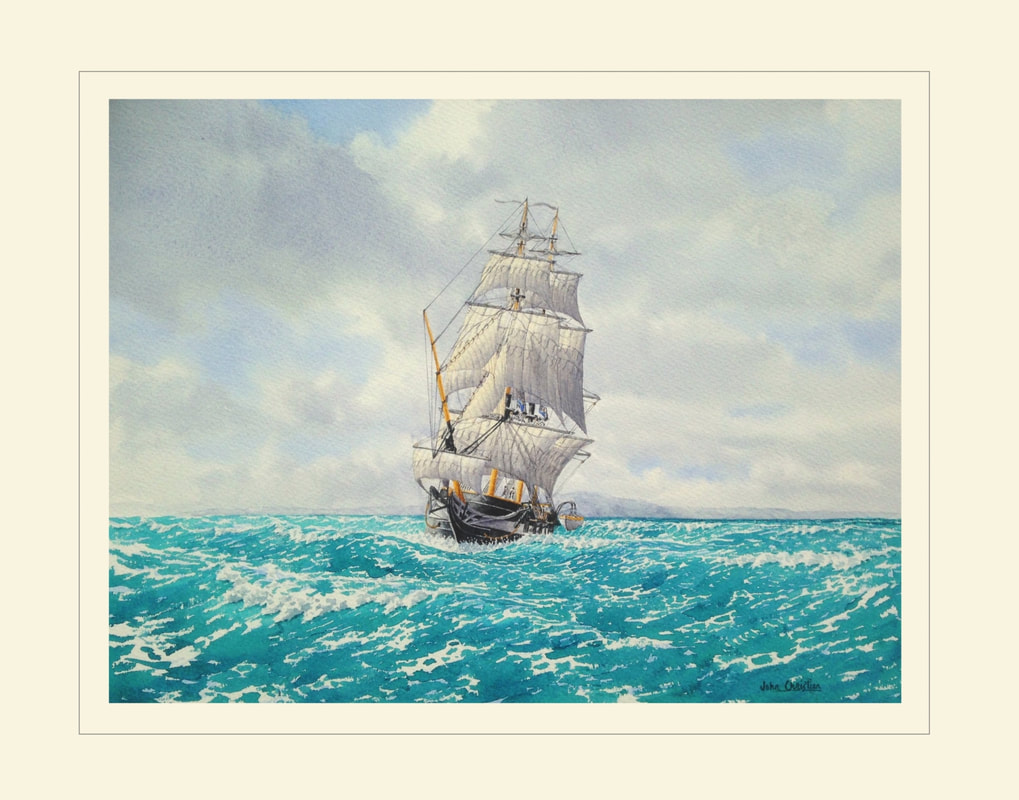 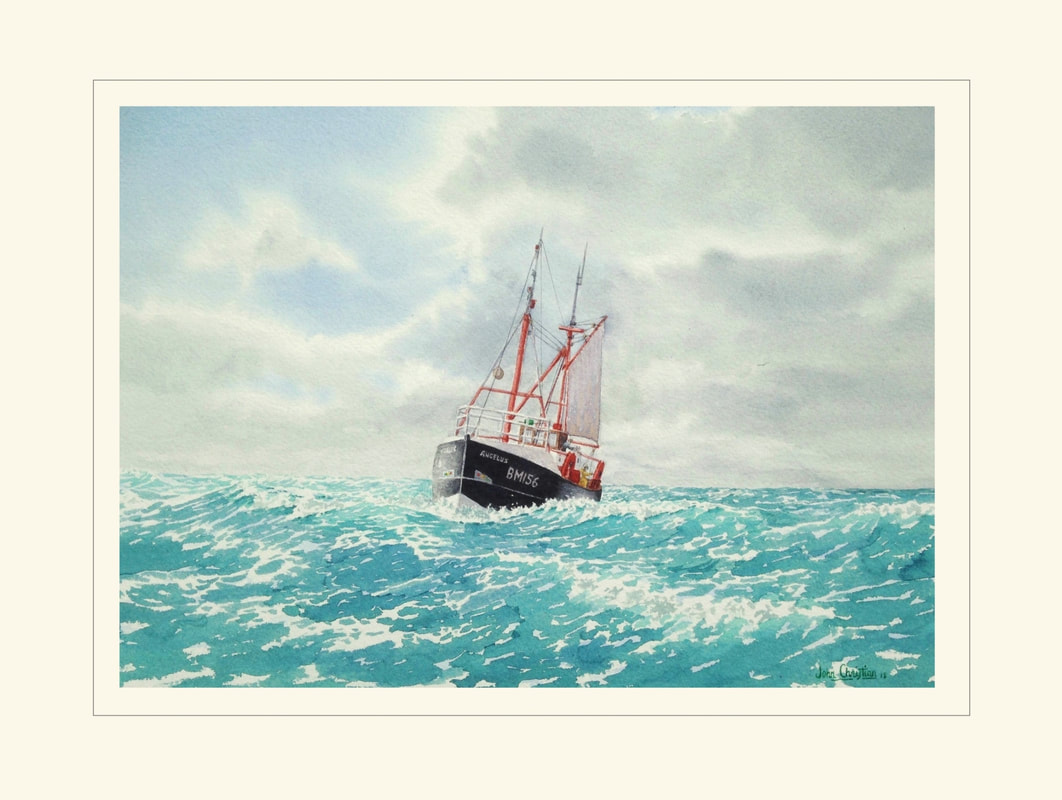