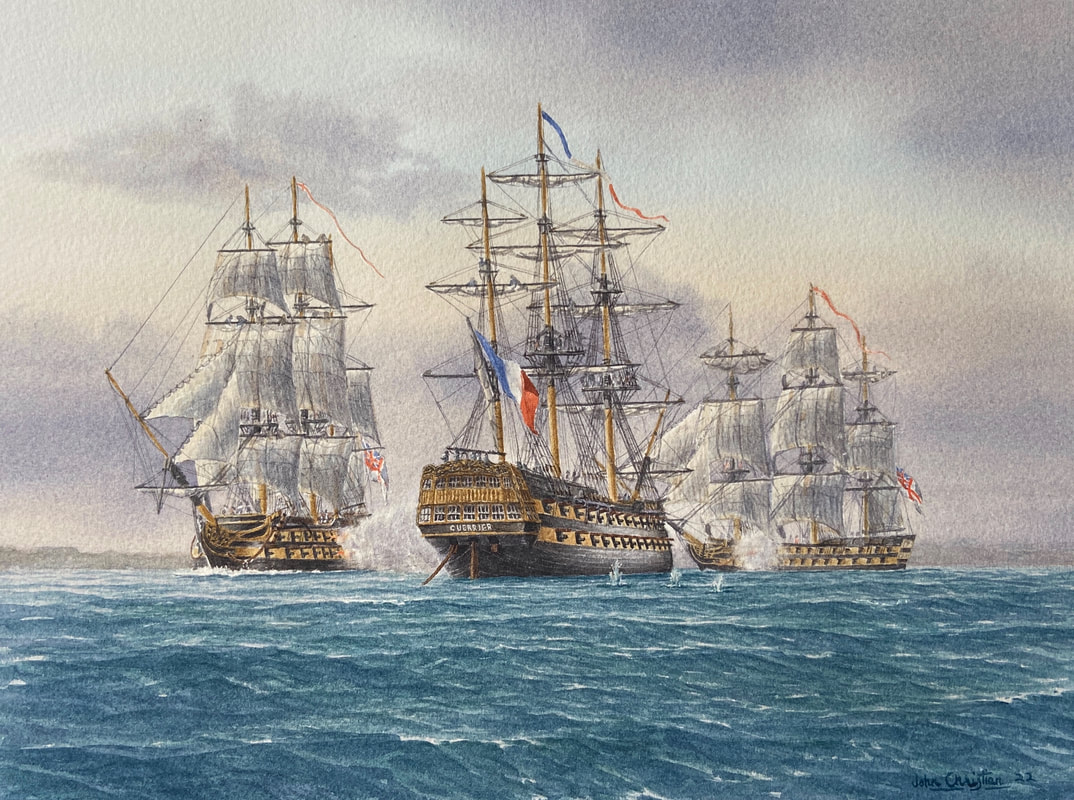 The Battle of the Nile
More info 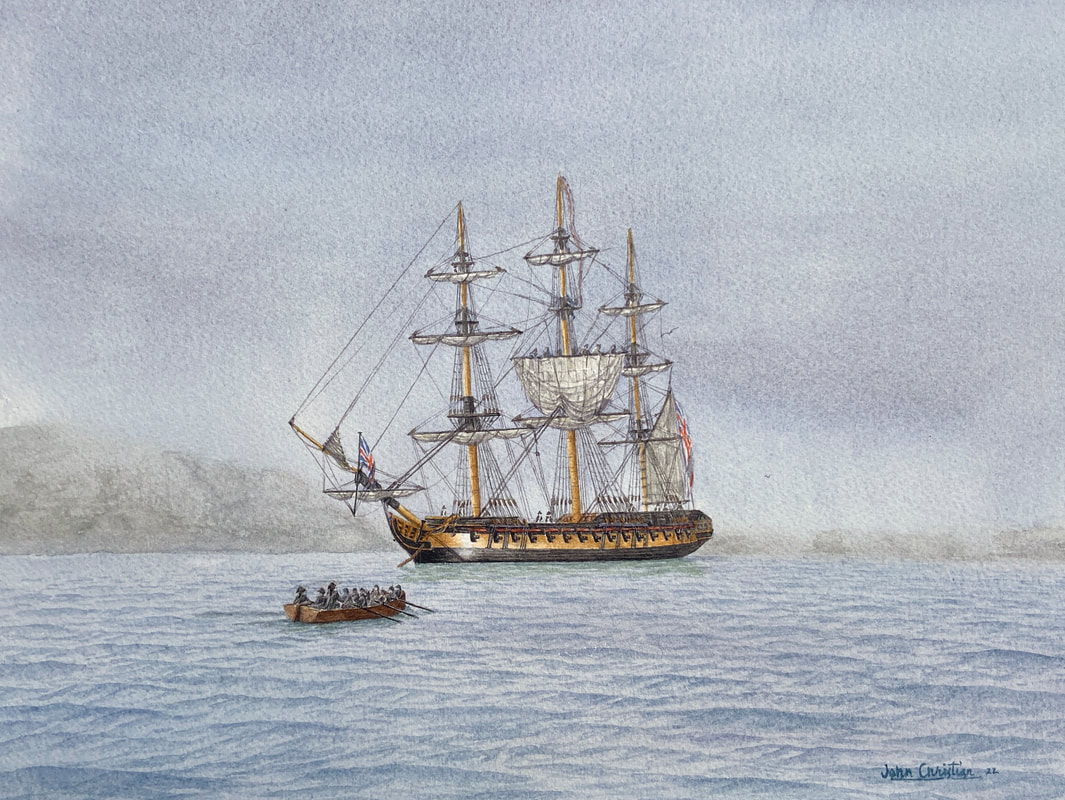 HMS Arethusa was a 38-gun Minerva-class fifth-rate frigate of the Royal Navy built at Bristol in 1781.

"Juno on a Mission"
completed 24th August 2022
HMS Juno was a 32-gun Richmond-class fifth-rate frigate of the Royal Navy. She was launched in 1757 and served throughout the American Revolutionary War until scuttled in 1778 to avoid capture.
More info...

Also available at my ArtMarine Gallery 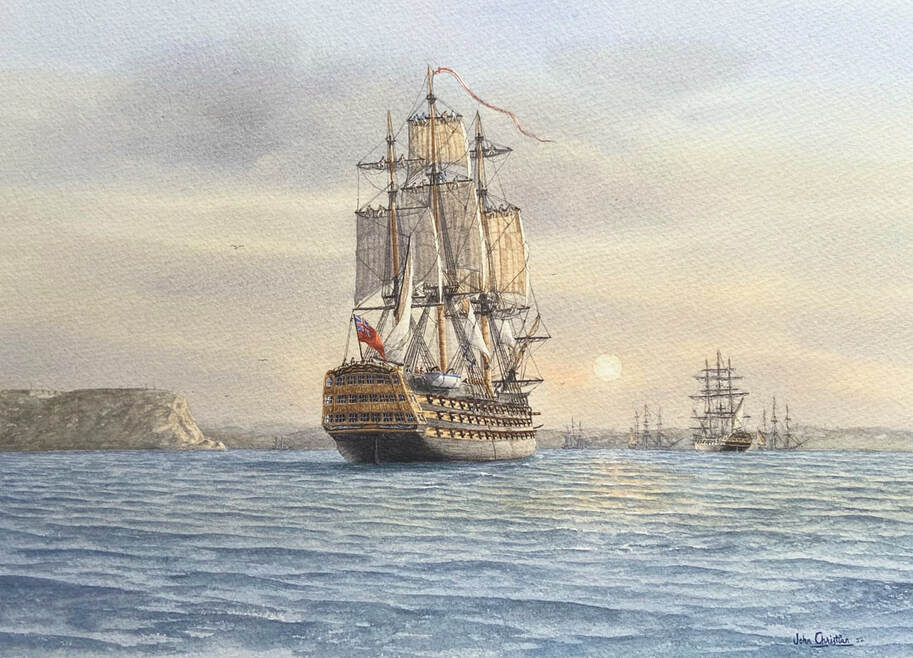 Also available at my ArtMarine Gallery 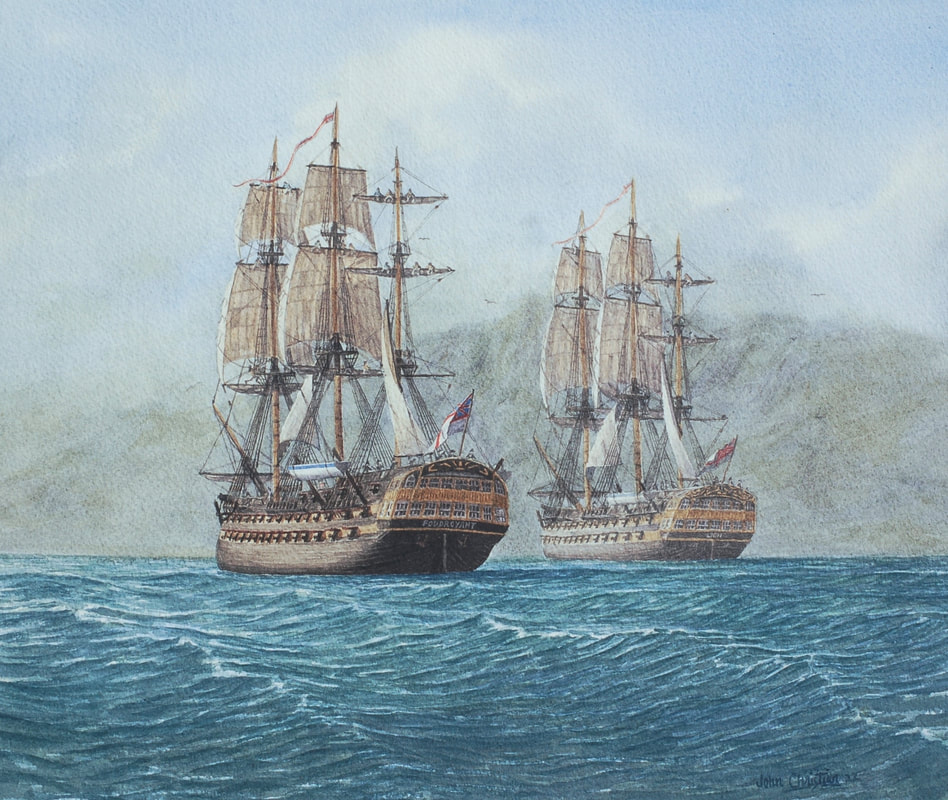 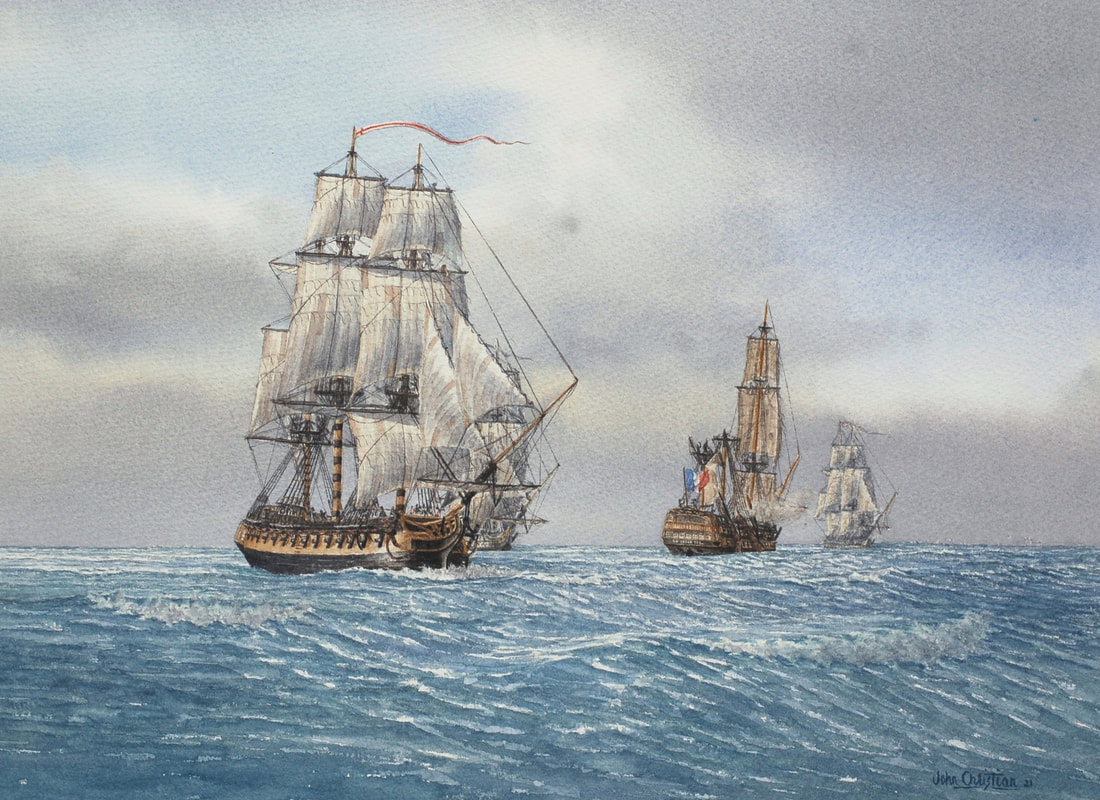 Inspired by the action of 31 March 1800 off Malta, ​HMS Penelope in action with Guillaume Tell
More info...

​Also available at my gallery Artmarine with more framing options 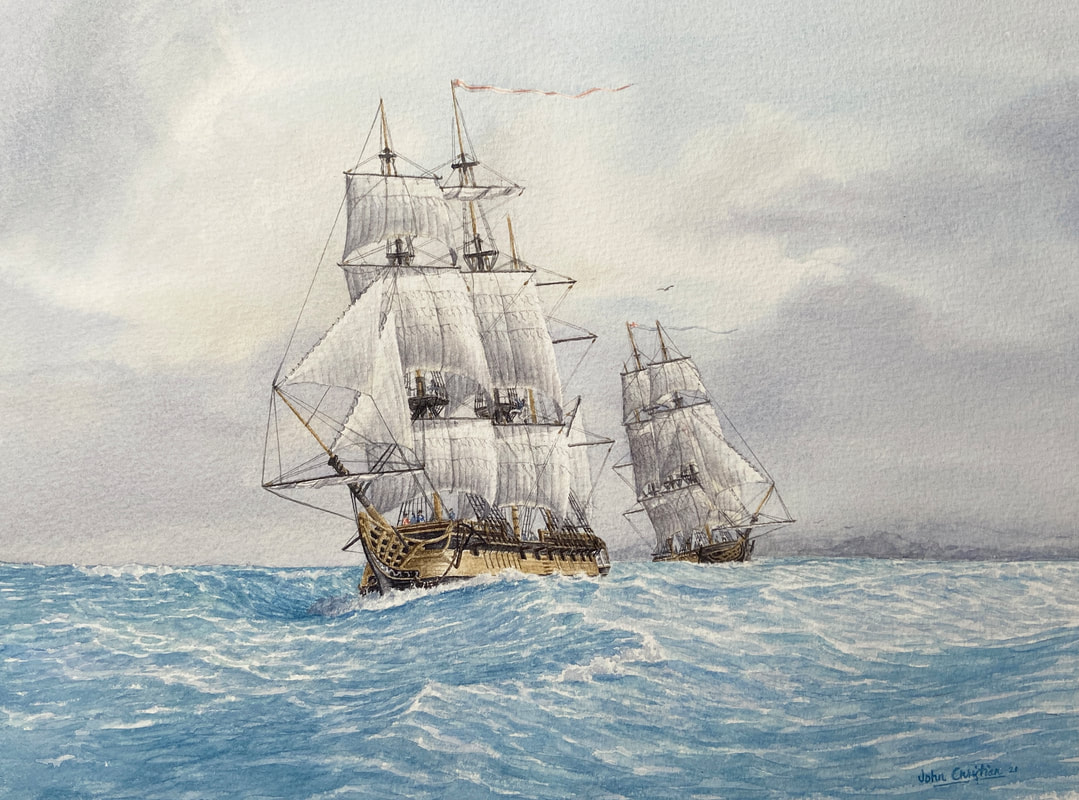 After leaving the Hawaiian Islands Captain Cook arrived off the North American coast on March 1st 1778, with the wind from NW the painting is inspired by accounts from Captain Cook's journal describing .."seeing nothing like a harbour and the wind and weather being unsettled l tacked and stretched off SW...each extreme of land seemed to shoot out into a point"

​Also available at my gallery  Artmarine  with further framing options 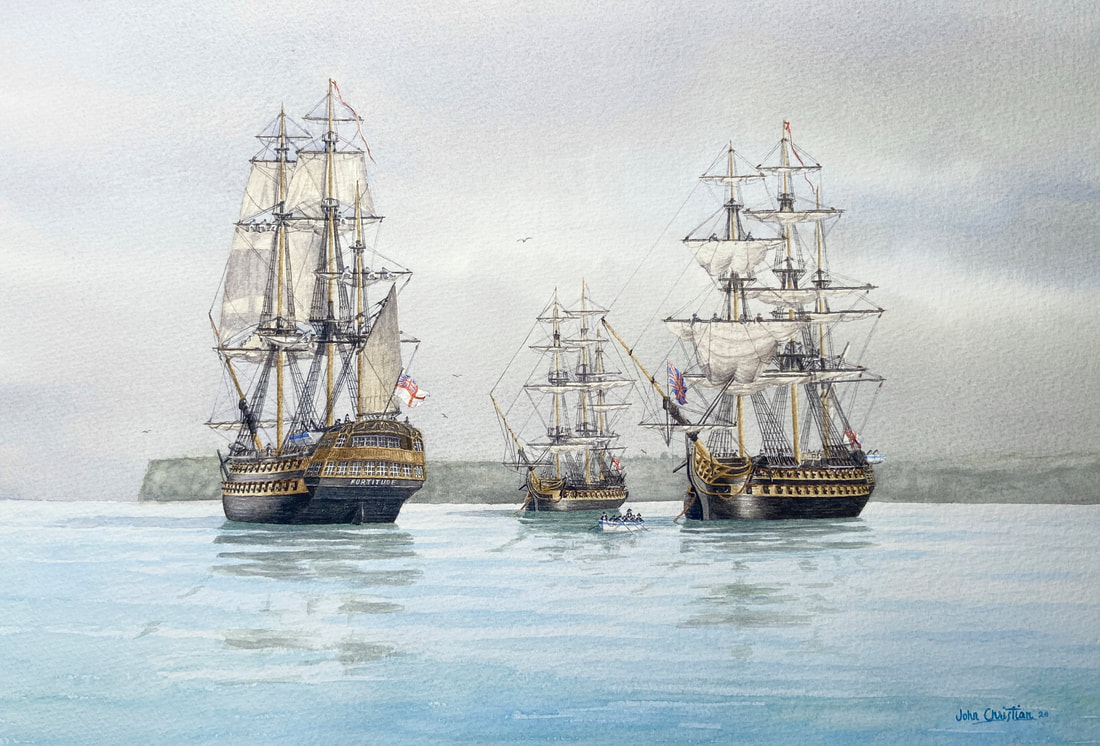 Off Goodrington Naval Hospital 1782
completed 14th Decmeber 2020
During the French wars Dr Thomas Trotter, physician to the Fleet, set up a naval hospital in a large house near the beach at Goodrington. This prevented the over crowding of the naval hospital at Dartmouth, there was a graveyard that washed away next to the hospital and now there is a memorial stone.
From the records of Thomas Trotter Physician to the Fleet, published in 1797; Fortitude was mentioned among many others as putting in to Torbay to clear the ships in order to smoke with sulphur and scrub with vinegar..
image opening 19" X 13"
24" X18" mounted £450
Framed to be arranged upon application because of size and possible shipping demands