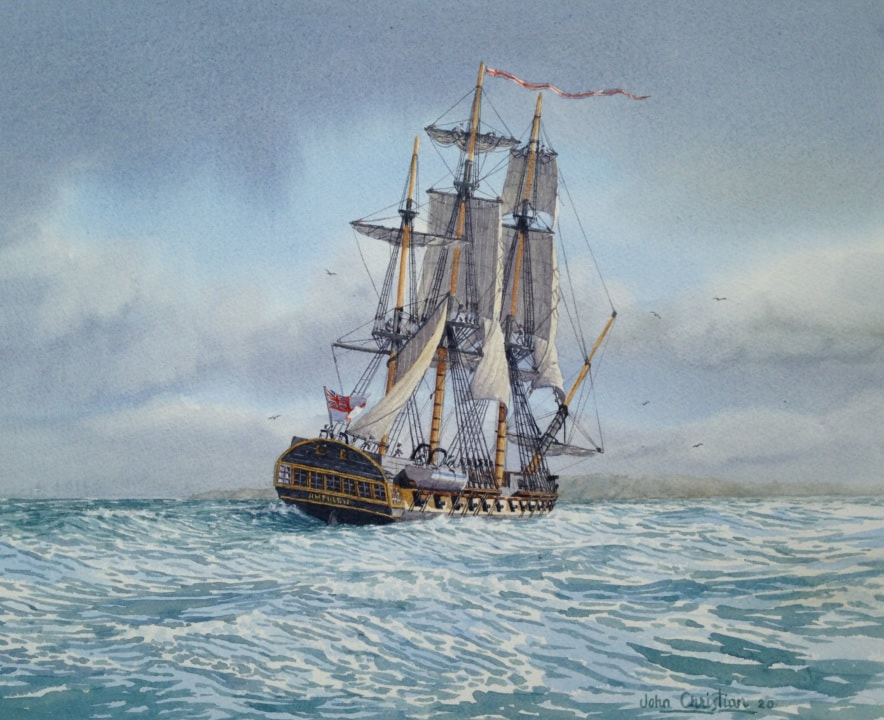 Frigate "HMS Amphion"
completed 6th March 2020
​Heading cross channel with Lord Nelson following on HMS victory, on May 21st May, 1803 - Victory was under orders to meet up with Cornwallis off Brest, but after 24 hours of searching failed to find him. Nelson, anxious to reach the Mediterranean without delay, decided to transfer to HMS "Amphion" off Ushant.
20" X 18"  mounted - SOLD - February 2021 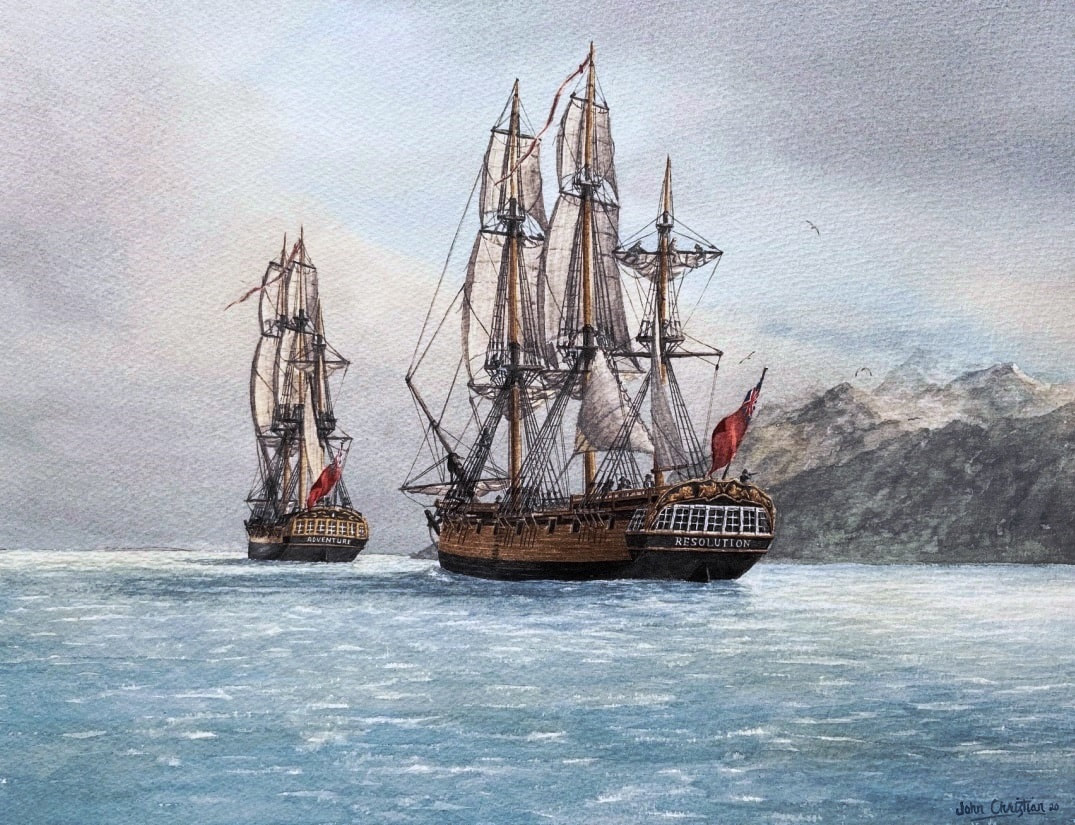 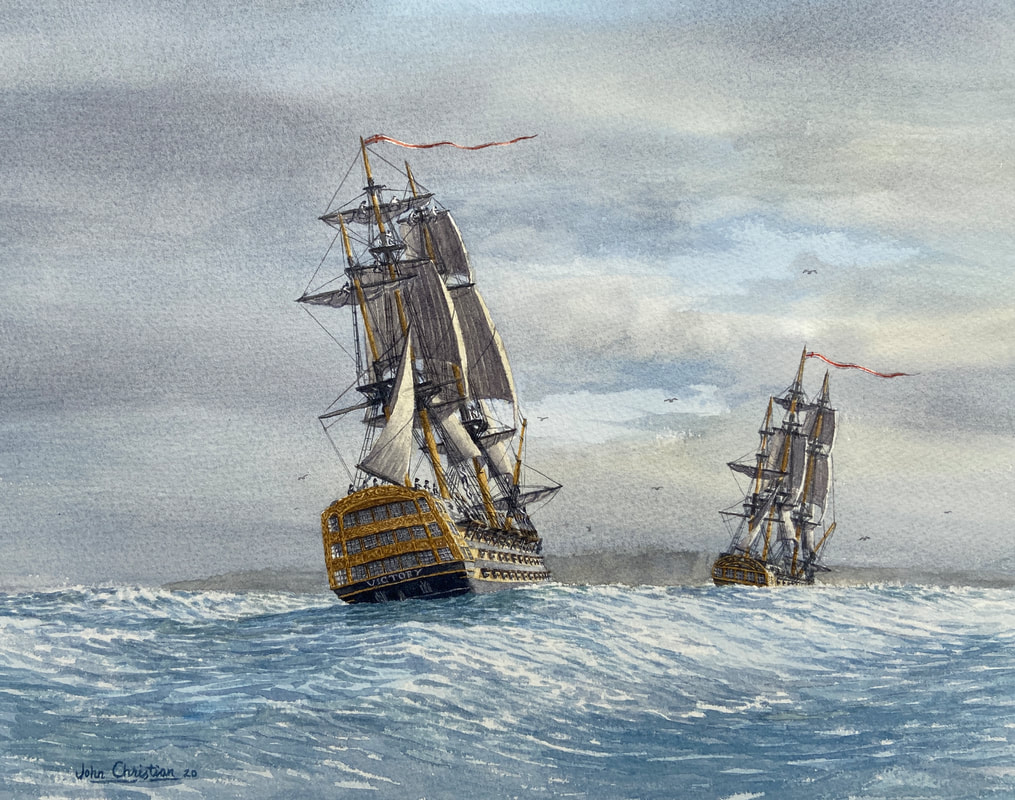 by RSMAVictory and Euryalus 1805-
​THIS PICTURE WAS SELECTED BY THE RSMA AND SOLD AT THEIR MALL GALLERIES EXHIBTION OCTOBER 2020
completed 21st march 2020
September 15th Nelson weighed anchor on board HMS Victory from Portsmouth with the frigate HMS Euryalus in company heading for Trafalgar, this is from Nelson's private diary/log dated 17th Sept 1805
Tuesday Sept 17th fresh Breezes WSW at 9 abreast of Plymouth. sent in Euryalus to call out the Ajax and Thunderer all night standingto the westward Wind from the SW to SSW, Wednesday Sept 18th, light breezes and heavy western swell, wind south 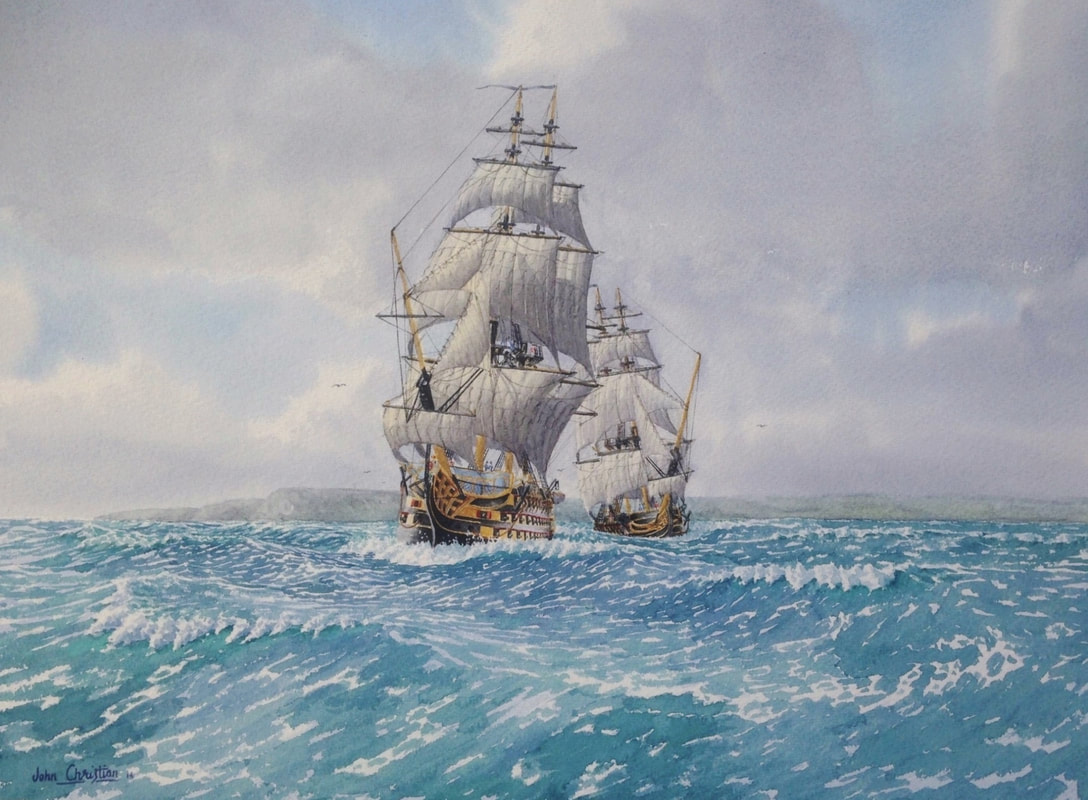 Lord Nelson was appointed Commander in Chief in the Mediterranean, of which he received official notice on the 16th of May. On the 18th he left London very early, and arriving about noon at Portsmouth, hoisted his flag on board the Victory, Captain S. Sutton, Captain George Murray first Captain ; and sailed on the 20th, in company with the Amphion, Captain T. M. Hardy...
Sold by Artmarine. - October 2020 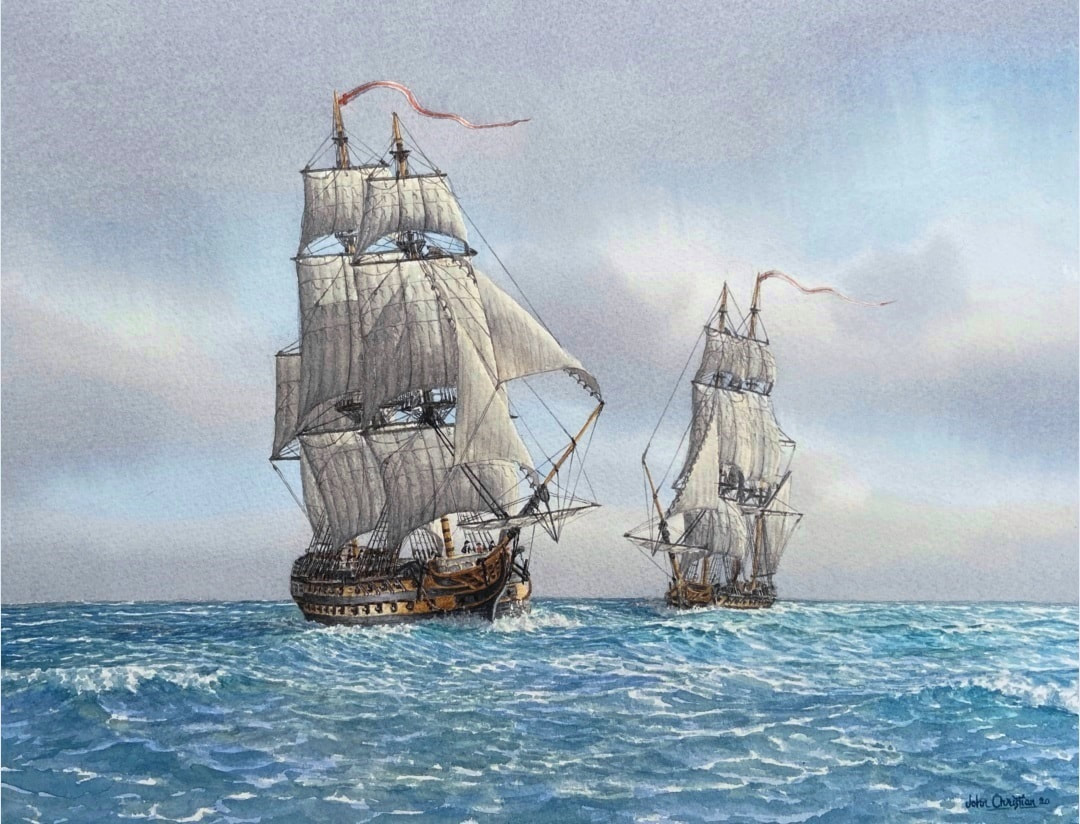 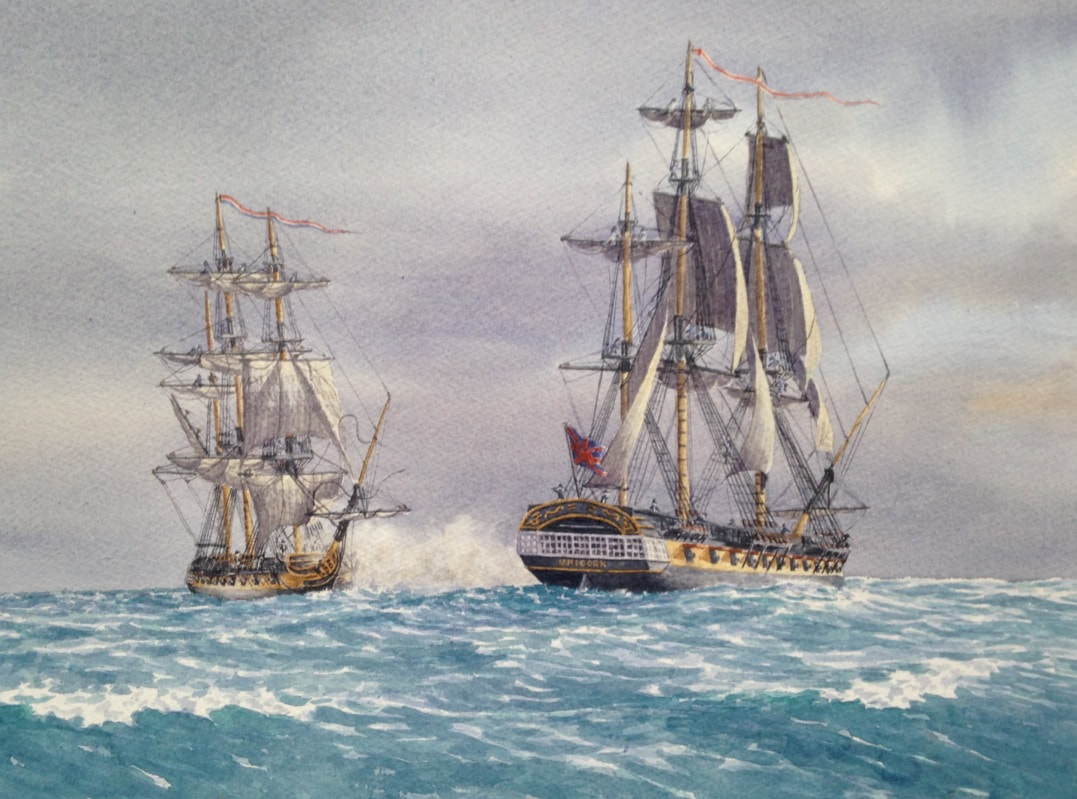